What kind of libertarian are you? Seminar of Institut Coppet in Paris on May 2nd 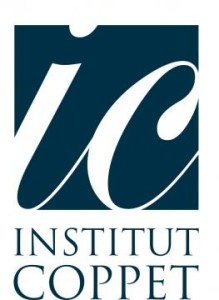 You are cordially invited to attend the seminar:

What kind of libertarian are you?

Location and dates: Paris (details will be send by mail) on May 2nd 2013

Registration: A registration form can be found on Eventbrite and on facebook

To obtain more information on this seminar, see here.

18:00 pm: Opening. Friedman and the Chicago School -Buchanan and the Public Choice School – Hayek, Mises and the Austrian School

“I love to speak to young people. Older politicians are often already fixed in their ways. Young people are much more open-minded and ready to change their opinions, when faced with good arguments.” says Nigel Ashford, the author of “Principles for a Free Society”, a study guide to twelve principles needed to build a free and society

Originally a university professor from Great Britain (Jean Monnet Scholar in European Integration at Staffordshire University), Nigel Ashford now lives in Washington DC where he is senior program officer at the Institute for Humane Studies (IHS). Dr. Ashford has also directed the Principles for a Free Society Project at the Jarl Hjalmarson Foundation in Sweden. He is a recipient of the International Anthony Fisher Trust Prize for published work which strengthens public understanding of the political economy of the free society.

Nigel Ashford claims his goals are to raise questions and encourage debate rather than endorse his own opinions. (He calls himself a classical liberal.) The participants should learn to give and take – to have their views examined by others, while at the same time challenging others constructively.

popularizer of free market ideas. It provides a principled defense of capitalism and limited government. Its impact can be seen in the large number of innovative policy proposals, such as education vouchers, presented first here and still debated today. Once considered the wildest of economists, he is now viewed as mainstream.

The Constitution of Liberty. Chicago: University of Chicago Press, 1960. Hayek presents the fundamental principles of a free society and examines the policies that a liberal society should pursue. Most influential was his discussion of the concept of freedom, his formulation of the idea of a spontaneous order, his revival of the centrality of the rule of law, and his essay on ‘Why I am not a Conservative.’ His policy prescriptions however are excessively welfarist even by his own principles. Hayek did become more radical later, especially in his advocacy of the privatization of money.

While most of his work was directly (and heavily) economic, Mises here presents his understanding of the core principles of classical liberalism. It is most valuable for its history of how liberalism changed from its original meaning to be embraced by statists, and his explanation of the causes of war and peace.

The Limits of Liberty: Between Anarchy and Leviathan. Chicago: University of Chicago Press, 1975.

Building on his earlier work with Gordon TuIlock, Buchanan constructs a model of a constitutional system that would emerge from agreement among rational individuals, one that would be more than anarchy but considerably less that modern government.

Rand argued that capitalism was the only political-economic system compatible with morality because it was based on voluntary transactions and respect for property rights. There are several supporting essays from his followers including the youthful Alan Greenspan.

Nozick explains in Part I why anarchy is unstable and how a minimal state can arise without denying natural rights. Part II demonstrates why nothing more than a minimum state can be morally justified. It includes his critique of Rawls, and the claim that “a socialist society would have to forbid capitalist acts between consenting adults.” Part III explains how a utopia cannot

exist because of subjective preferences, but he advocates competing communities he calls ‘utopias.’

A follower of Mises and the Austrian school, Rothbard advocated a natural rights theory at odds with his master’s utilitarianism. He argues that the only state consistent with the objective morality of natural rights is no state. He also applies vigorous libertarian analysis to a wide range of issues.

David Friedman, son of Milton, provides a utilitarian defense of anarchy building on Chicago economics rather than rights talk. Government is always inefficient compared to the market. He demonstrates how the market can provide goods commonly thought of as public goods such as roads and defense. He wants competition between legal systems. His later work identified historical examples of anarchy, such as in medieval Iceland.